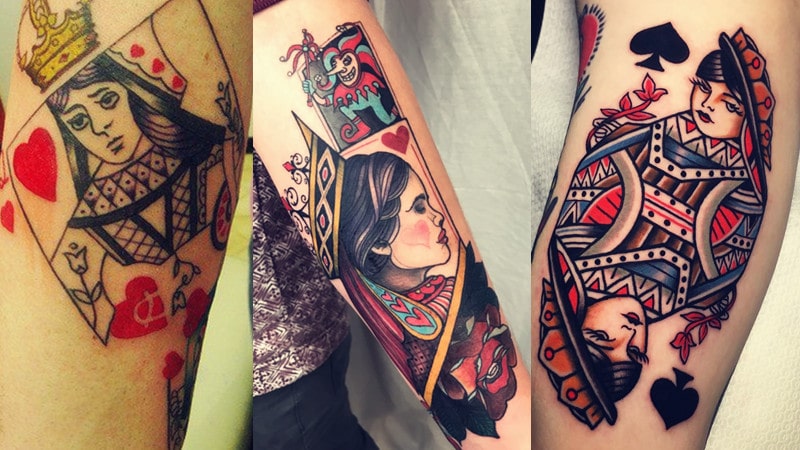 Playing cards have been popularly added to tattoo art, and with each card comes diverse history, different meanings, and various connections. One such card that has become increasingly popular is the Queen of Spades or the Queen of Swords. It is an influential and iconic card, but it has a range of different connotations when used as a tattoo. 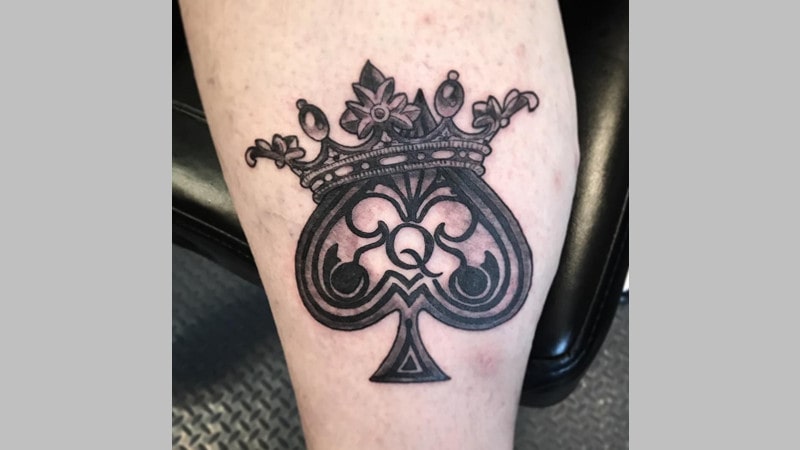 The Queen of Spades is popularly known for representing female creativity and intelligence. There are many interpretations or meanings of The Queen of Spades, but the most common and well-known characteristic is that it is a symbol of wisdom and power.

In the original French card decks, the Queen of Spades is indicative of Pallas, more commonly known as Athena. Athena is a Greek goddess of warfare and wisdom. She represents feminine power, intelligence, and strength.

A subculture that has surfaced in recent years, Queen of Spades can refer to white women who have a sexual preference for black men. This symbol can also indicate dominance in a relationship.

In a Tarot reading, the Queen of Spades card holds a lot of power and suggests that the person is wise, intelligent, and logical. It can also mean a future-focused woman or one who can deal with future hardships alone.

Even in today’s card games like pinochle, stud poker, and hearts, the Queen of Spades plays an important role compared to the other Queens.

The Queen of Spades can be the most desirable or the least desirable in the game of hearts depending on how the holder “uses her.”

Some Queen of Spades tattoos has negative connotations such as racism, misogyny, hopeless love, bitterness, or dominating over others.

In a standard deck and some specific games, it is the most undesirable card in the deck and is also considered an unlucky card. The card is also a sign of prejudice or distrust and can be representative of a jealous woman who is manipulative and will harm others. 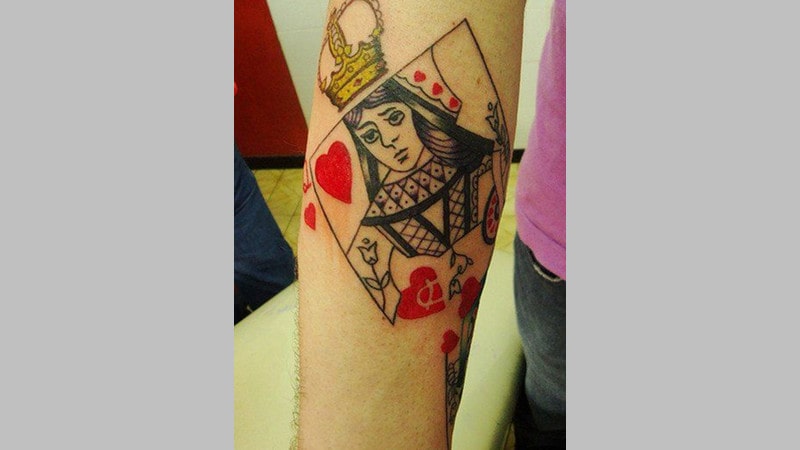 The Queen of Spades tattoo symbolizes wisdom, leadership, and independence as well as power, strength, and success. It can also reflect Gemini, Libra, or Aquarius’ air signs in a birth chart. It is a sign of a woman who has everything they need to rule. In short, it signifies a Queen.

A realistic tattoo of a Queen of Spades is for those who want to own what the tattoo signifies! 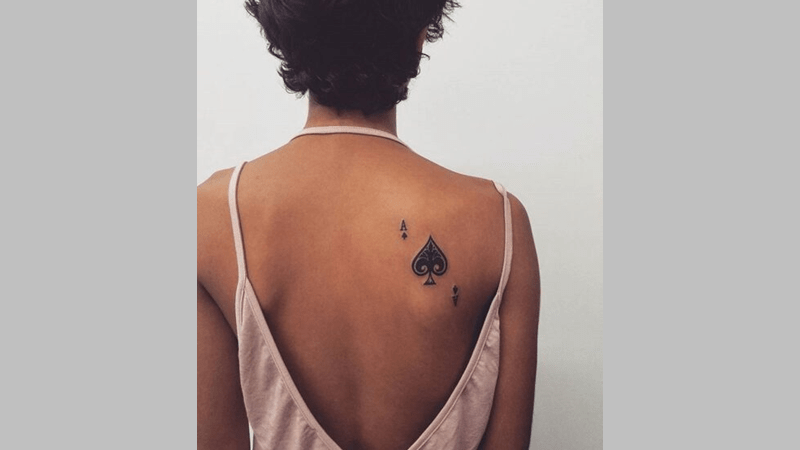 This design is elegant and subtle, and it is quite popular among women. It is also known as a “lucky” tattoo design. 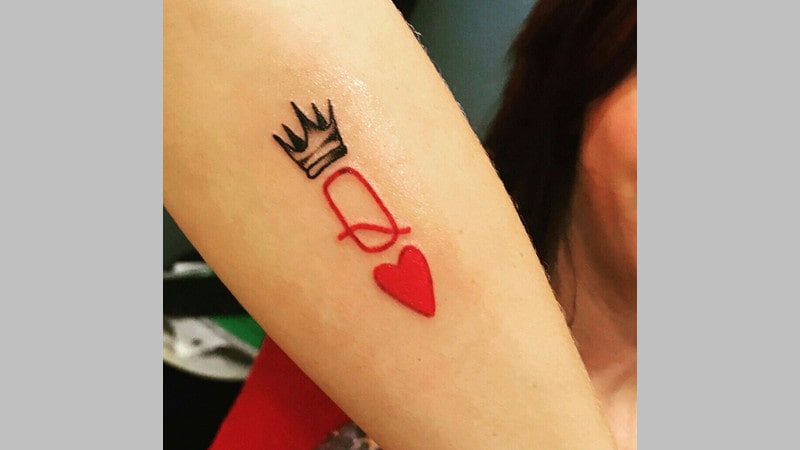 This one’s a bold tattoo that can have some sexual connotations as it is indicative of the specific subculture of white women showing their interest in black men. The tattoo is often small, typically on the wrist or ankle. 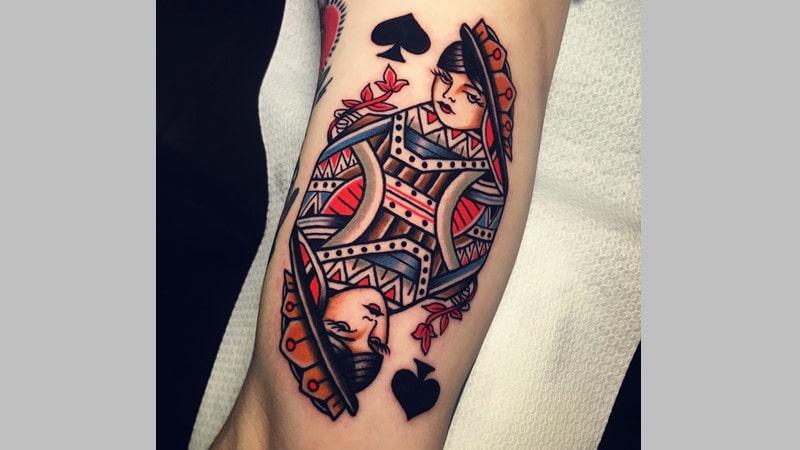 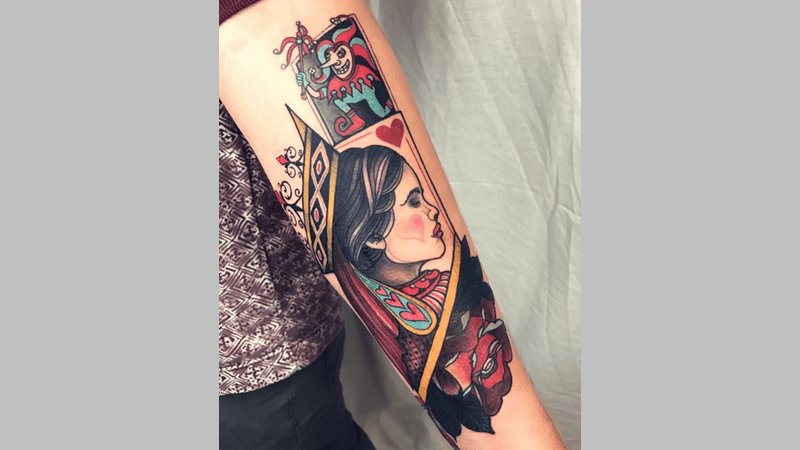 Even with a tattoo based on a playing card, there’s a lot of room for creativity. You can go the hyper-realistic route, giving the Queen a realistic look, or experiment with abstract, goth, or other stylized designs — your options are limitless! 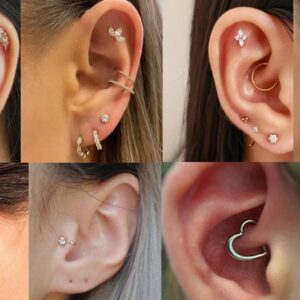 Beauty & Fashion October 11, 2022
Ear piercings are among the most popular forms of body art, especially because of their limitless possibilities in self-expression. They offer you a unique, sophisticated,… 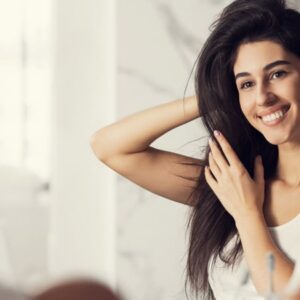 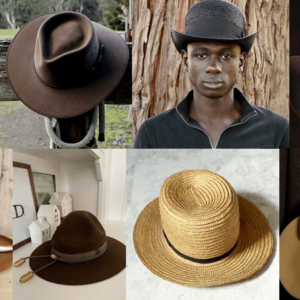 Beauty & Fashion June 24, 2022
Rain or shine, a proper cowboy always has his trusty hat with him. Functioning as an essential cover that keeps the head dry and protects… 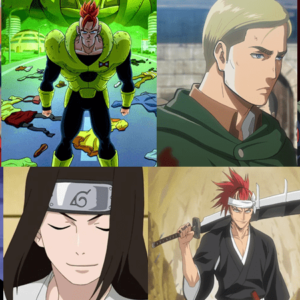