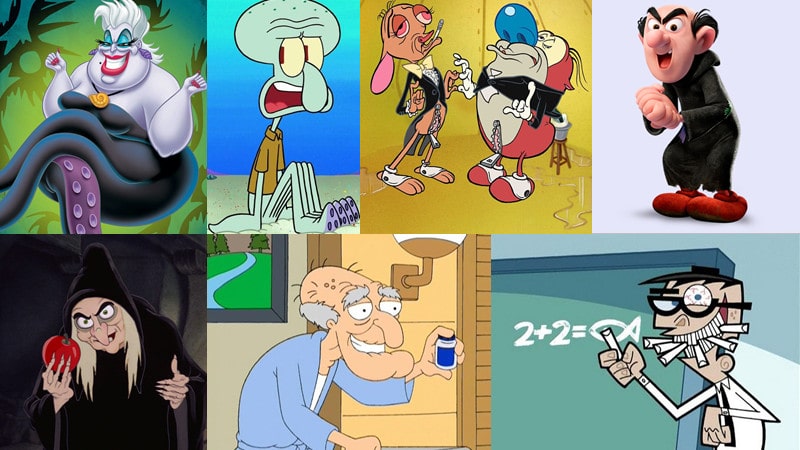 They say beauty is in the eye of the beholder. And this is absolutely true for real-life people. However, when it comes to cartoon characters, things can get a bit tricky. For one, artists purposefully draw them to look as goofy as possible to appeal to young audiences.

Therefore, it’s safe to say that some of them do classify as straight-up ugly. But, even among the ugly ducklings, there are a few that stand out as the least likely to win a beauty pageant. Are you wondering if that applies to any of your childhood favorites? Keep reading to discover 9 of the most unattractive animated characters.

When it comes to cartoon characters, people can find them ugly for a variety of reasons. The most common one is that the artist purposefully drew them in an unappealing way.

If an artist has a style that’s conventionally beautiful, they will draw a character with excessively exaggerated features to highlight their status as a villain. Alternatively, they’ll make them look unappealing for comedic effect.

On the other hand, a character can look perfectly normal but still elicit an unpleasant reaction from viewers because of their nasty personality. Either way, here are the top 9 characters that fit the ‘ugly’ label in more ways than one.

1. Gargamel from The Smurfs 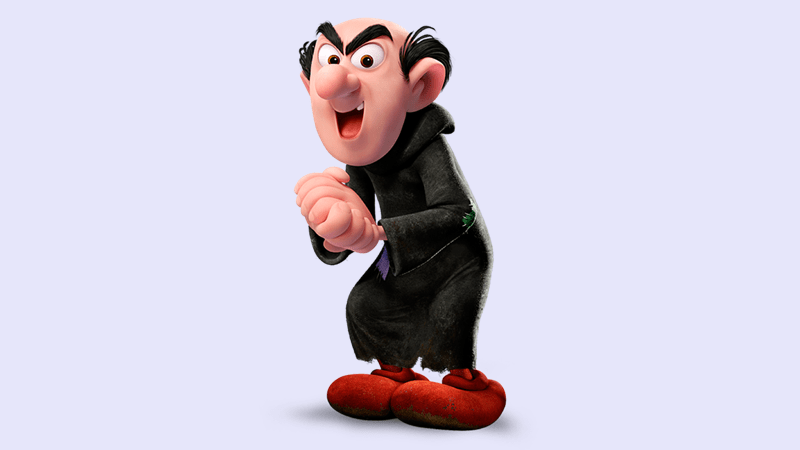 Opening up this list is the undisputed king of ugly himself. Though the classic 1980s Smurfs cartoon and the book it was based on featured a lot of nasty villains, the sorcerer Gargamel remains the most dangerous one.

With intentions like that, it’s not surprising that he has such an unpleasant design. However, despite haunting kids’ nightmares for years, Gargamel’s look wasn’t without controversy.

Namely, a lot of people claim that his design closely resembles the antisemitic stereotype of a balding, hook-nosed Jewish banker who is obsessed with gold. 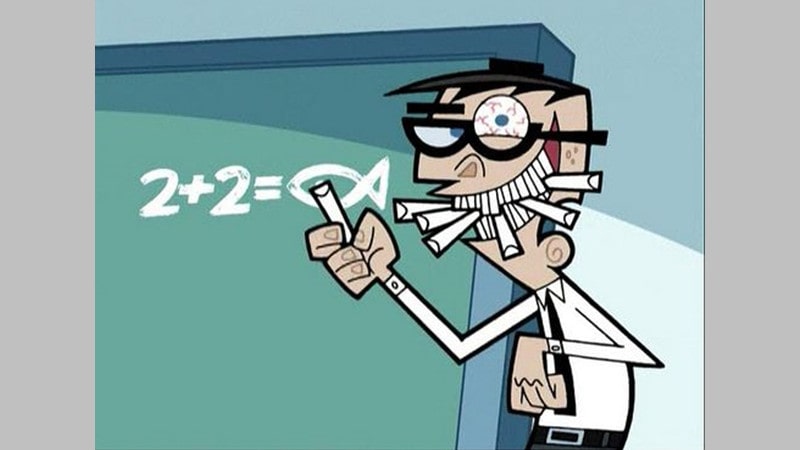 Gen Z will be intimately familiar with Nickelodeon’s long-running show, The Fairly Odd Parents. The show followed the antics of Timmy Turner, a young boy with a pair of fairy godparents who grant him wishes.

Though the troubles Timmy gets into are mostly a result of his own misplaced wishes, he does occasionally face issues because of his mentally unstable teacher, Denzel Crocker.

Though he initially had a background role in the show, the character grew to become the most prominent villain in later seasons. His design isn’t quite as visually unappealing as most other characters on this list. However, he earns a spot because of his twitchy, over-the-top demeanor. 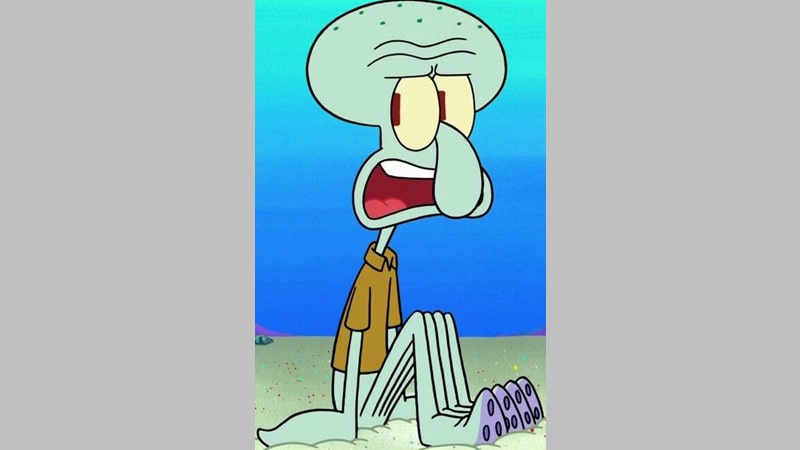 If you were a 2000s baby, then Nickelodeon’s Spongebob Squarepants likely played a massive role in your childhood. But while the titular sponge is renowned for his cute design, his co-star Squidward is anything but.

Artists gave Squidward a very drab and unappealing look on purpose to reflect his grumpy personality. He is supposed to serve as the antithesis of Spongebob’s youthful and bubbly personality. However, if you’re like many adult fans of the show, you probably find yourself relating to him more and more as a grown-up.

4. Ren and Stimpy from Ren & Stimpy 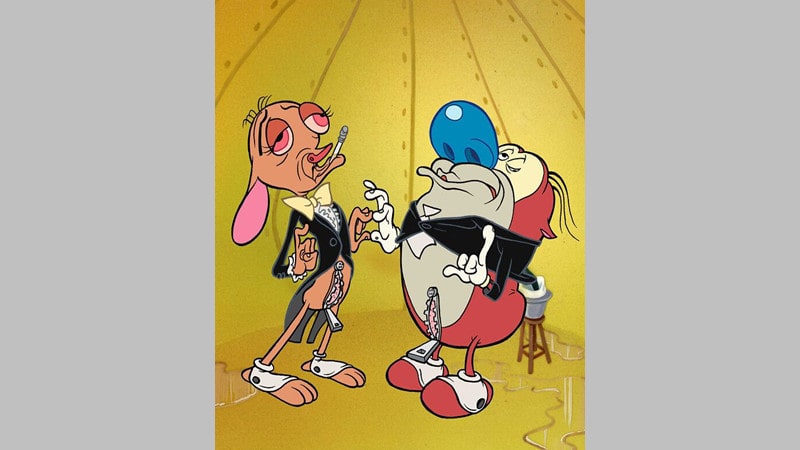 Just because a particular piece of media is animated, it doesn’t make it automatically suitable for kids. And Ren and Stimpy is a prime example of this. Though the show originally aired on Nickelodeon, a kid’s media company, it quickly garnered a lot of controversies.

For one, the show was steeped in adult themes, crude humor, and sexual innuendos. Plus, it was renowned for having a very disturbing art style that many young viewers considered ugly and unsettling.

Ren, in particular, was a sore spot, especially when he experienced one of his over-the-top, twitchy meltdowns. This is just one of the many reasons Nick canceled the show after five seasons. But over the years, Ren and Stimpy garnered a cult following, especially among adult viewers. 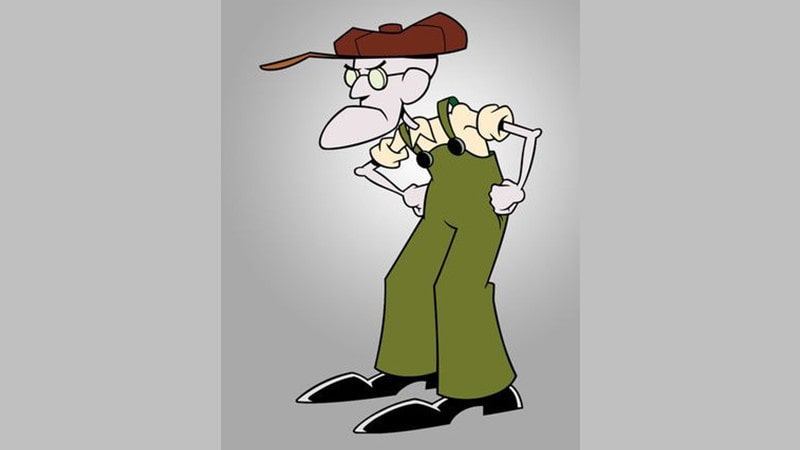 When it comes to nightmarish cartoon characters, nobody does it quite like Cartoon Network’s Courage the Cowardly Dog. Premiering in 2004, this show became popular for its star hero, Courage, the anxious pink dog. However, fans equally loved the show for its bizarre art style and cast of ugly and unsettling villains.

However, one baddie stands out above the rest — the husband of Courage’s owner Muriel, the grumpy Eustace Bagge. To be fair, Eustace is by no means the ugliest character on this show.

In fact, he’s the show’s comedic relief, often getting into dangerous situations for laughs. Nevertheless, his mistreatment of Courage definitely makes him one of the ugliest people in the pooch’s life.

6. Herbert the Pervert from Family Guy 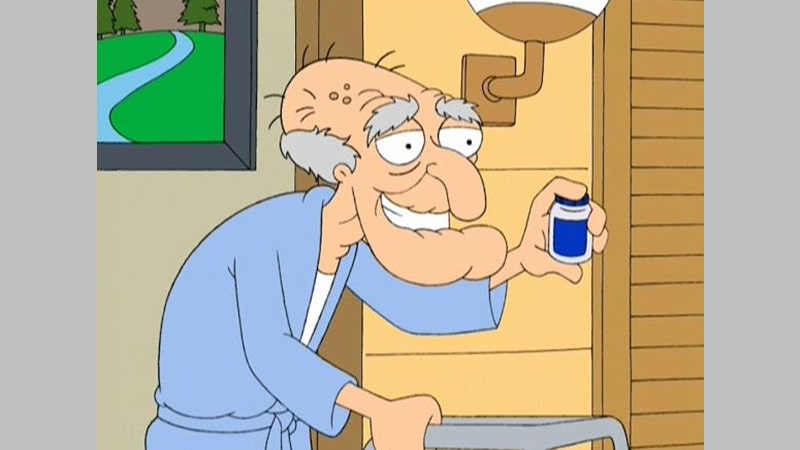 While Ren and Stimpy had its fair share of inappropriate moments, it was still technically a kids’ show. On the other hand, Seth McFarlane’s Family is most certainly not. The show is an animated sitcom aimed at adults exclusively. Therefore, it makes fun of some pretty heavy-handed things, such as pedophilia.

Enter Herbert the Pervert, the show’s resident pedophile. On the surface, the character has a pretty innocent design—he looks like a frail, old man with a walker. However, it’s his high-pitched whistly voice and disturbing paedophilic tendencies that make him one of the most despicable characters to look at.

7. Evil Queen from Snow White and the Seven Dwarfs 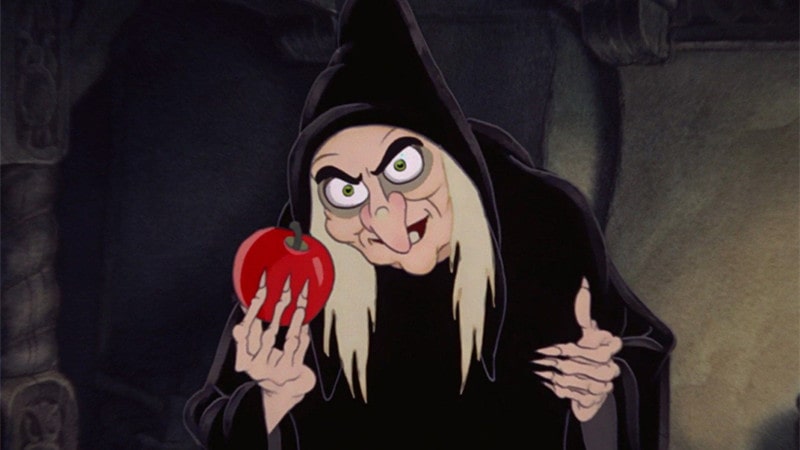 No list of ugly cartoon characters would be complete without at least one Disney character. However, you’re probably raising your brows at this particular pick. After all, the entire plot of this Disney movie revolves around the Evil Queen competing with Snow White for the title of the fairest woman in the world.

And when looking at the Evil Queen in her original form, then she absolutely doesn’t belong on this list. But, once she transforms into an old hag to go after her stepdaughter, she absolutely qualifies.

Not only is this form ugly, but the scene in which the Queen transforms into her alter ego is one of the scariest in the movie company’s history. And if you were a fan of this Disney classic, it likely fueled your nightmares for weeks afterward. 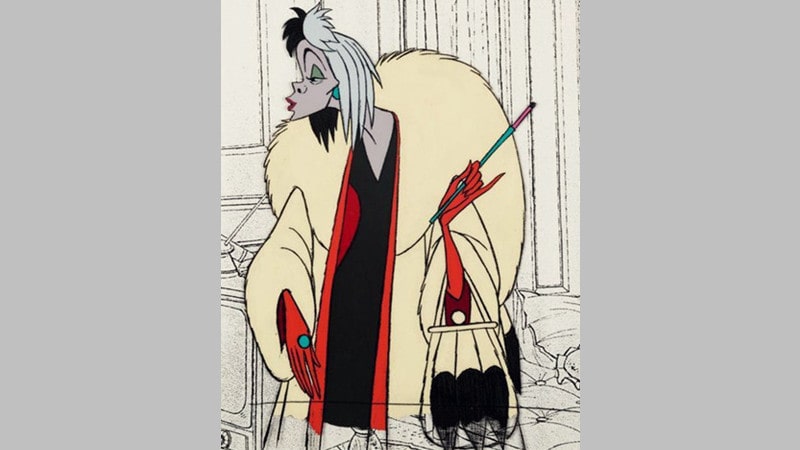 Dogs are man’s best friends. What’s more, they’re one of the most beloved animals in the world. Therefore, anyone who is cruel to them automatically qualifies as being just pure evil. So, it makes sense that Disney’s most infamous dog-hater would make this list.

Cruella De Vil was purposefully drawn with stick-thin limbs, exaggerated makeup, and an unpleasant grin to reflect her cruelty. Even her name is a play on the words ‘cruel devil’ — which is an apt name for such a heinous villain.

9. Ursula from The Little Mermaid 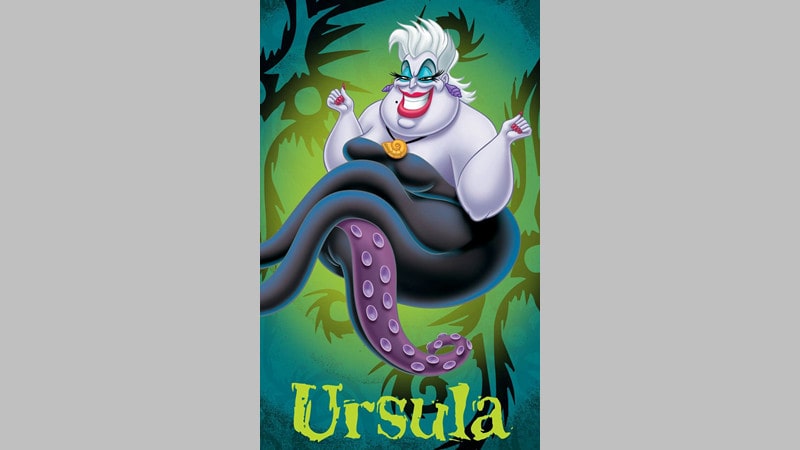 Disney seems to have a knack for creating ugly yet incredibly memorable villains. And Ursula from The Little Mermaid is no exception. However, you may be surprised to hear that this baddie was inspired by a real-life LGBTQ icon.

Namely, Ursula was modeled after drag queen Divine. Harris Milstead, also known under his stage name Divine, was an American actor, singer, and performer who dominated the counterculture scene in the sixties and seventies.

He was a close friend of John Waters and worked on multiple projects with him, cementing his status as one of the most recognizable faces of drag.

His persona was so iconic that Disney simply had to borrow it when creating Ursula. As a result, though the villain is conventionally unappealing, she remains a gem for LBGTQ Disney fans everywhere. 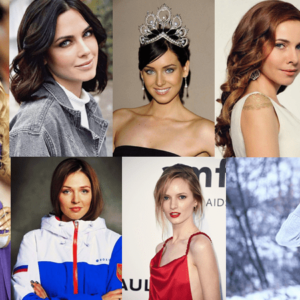 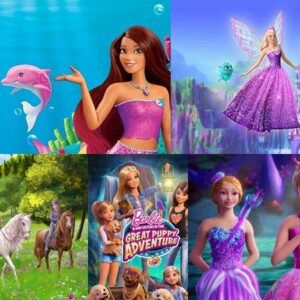 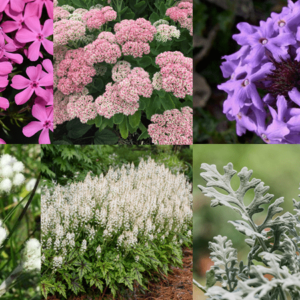 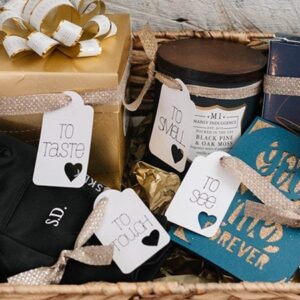 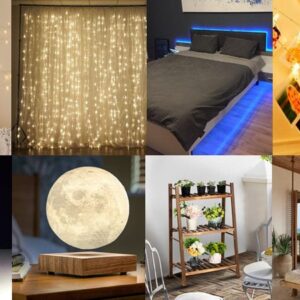 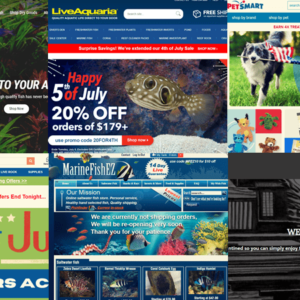 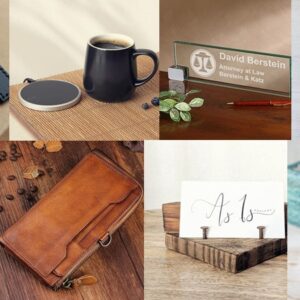 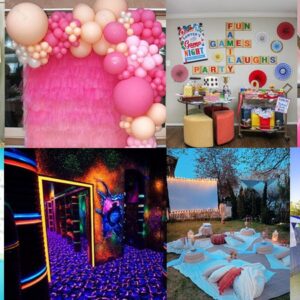