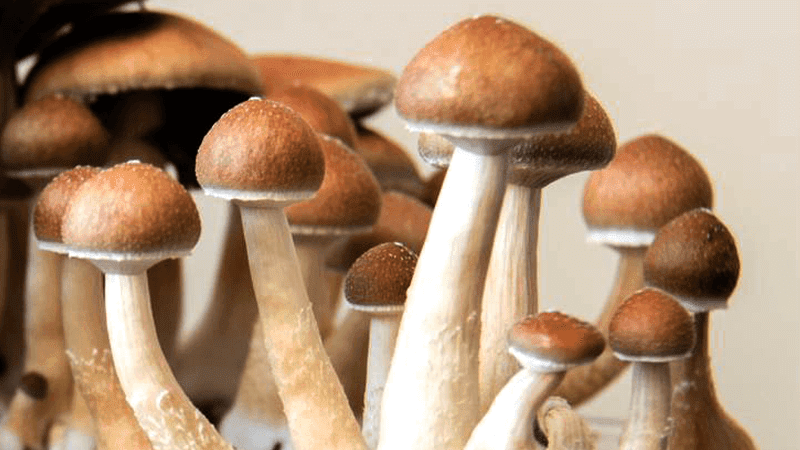 In the past few decades, tripping on psychedelics has gone from being dismissed as dangerous and life-threatening to something that opens your mind and expands your imagination. In fact, it can also lead to a permanent change in perspective.

Substances like LSD, DMT, and magic mushrooms are, of course, illegal but have become a lot more open to discussion today. Let’s talk about penis envy mushrooms. 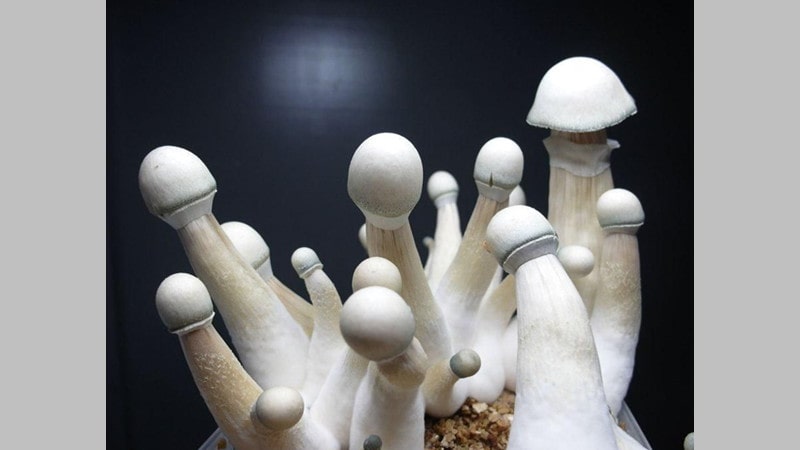 Penis envy mushrooms are a variant or strain of Psilocybin mushrooms, otherwise known as magic mushrooms, with their own unique history and trip sensation. The main compound in magic mushrooms that’s responsible for making you high and hallucinate is called Psilocybin.

Penis envy mushroom gets its weird name on account of its phallic shape. It’s an incredibly potent hallucinogenic that’s being widely studied and discussed today. Penis envy mushroom is also the most enigmatic mushroom on this planet. The truth of its origins is still unknown. 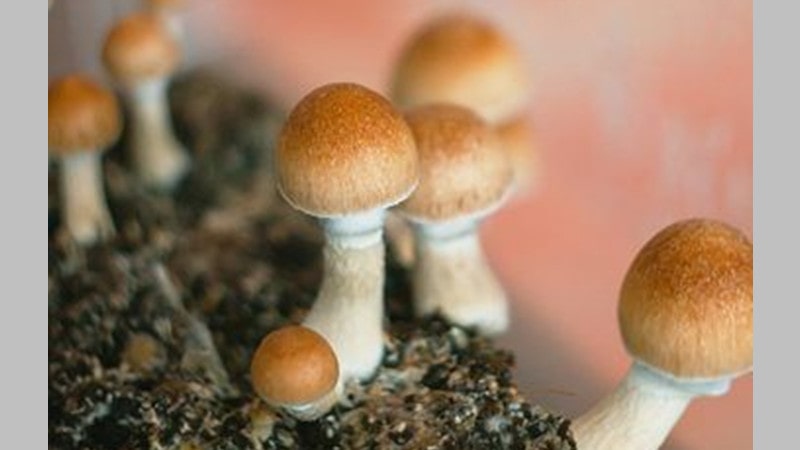 Terrence McKenna was an American ethnobotanist who strongly advocated for the responsible use of organic psychedelic substances. He noted the significance mushrooms had across different historical cultures as well as religions for spiritual practices and rituals.

There’s no evidence for where and when penis envy mushrooms came to be, but according to the court of public opinion, it originated deep in the Amazon rainforest. Some even say it came from a large mushroom.

The theory goes that Terrence Mckenna was the first person to carry the Amazonian Cubensis species to his store where he used the spores to grow more.

A recent lab discovery revealed that penis envy mushrooms are the result of a recessive genetic mutation that reverts them to looking like a cubensis mushroom.

It basically means that some mushrooms must exhibit two mutated copies in order to exhibit the properties of the original mushroom. However, this only makes tracing them back to the source all the more difficult for scientists. 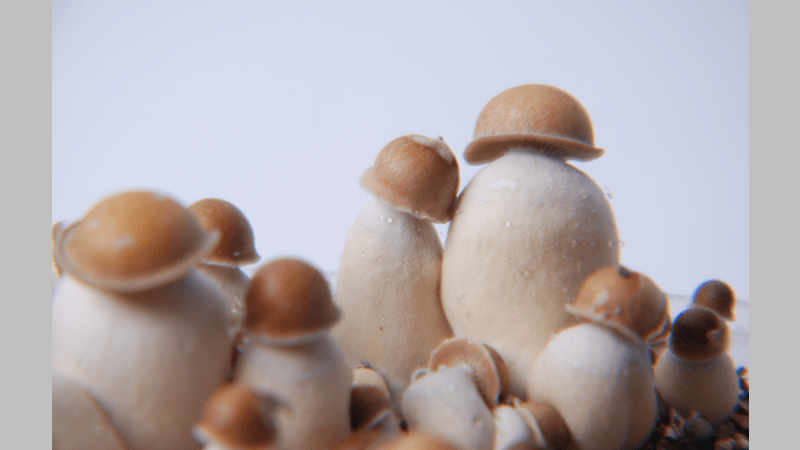 Penis envy mushrooms, as the name suggests, look a lot like the male appendage. It has a bulbous head that protrudes out of a bent-shaped thick stem. The head or cap is what makes you hallucinate and the stems give you the body high.

As for their color, they’re beige or brown. Sometimes a little blue bruising can be seen on the stem, which is an indication of potency. Penis envy mushrooms are the smallest among their counterparts but have a higher density.

The psychotropic effects stimulated by penis envy mushrooms include:

#1. Increased intensity of emotional experiences, can be both positive and negative.

#3. Change in visual perception of colors, shapes, and geometric patterns.

#4. Hallucinations that draw power from your imagination.

#5. Perspective shifts and catharsis; this isn’t always good for you.

There are many variants of psychedelic mushrooms. Penis envy mushrooms are easy to identify thanks to their penis-like shape.

Most psychedelic mushrooms, however, have a thin stem and a wide, thinner cap. They look kind of like umbrellas. Their stems are really long and often not in proportion to the size of the cap.

Mushroom enthusiasts over the years have tried to create hybrid variations of their magic mushrooms to experience different trips. There are 3 commonly known varieties of penis envy mushrooms. 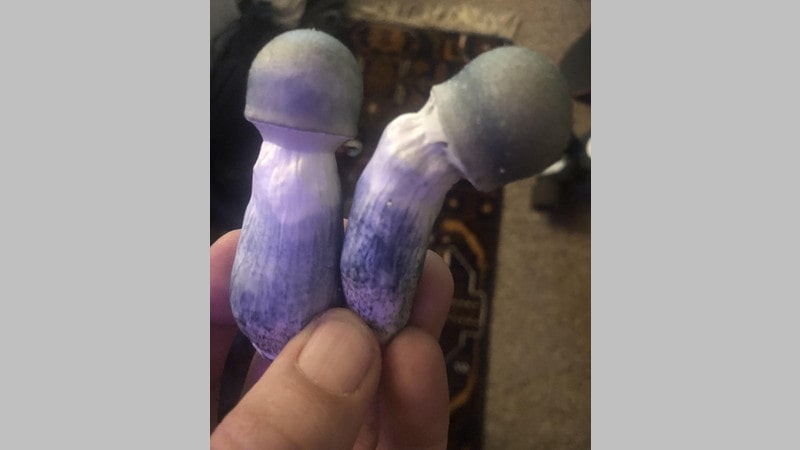 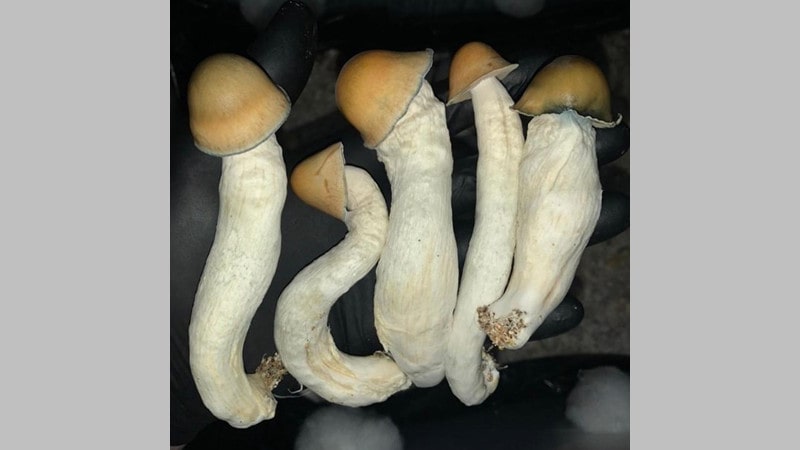 Penis envy uncut mushroom strains, as reported by many users, are the most potent of all the varieties. It has unique physical properties. Unlike most penis envy mushrooms, the caps don’t separate from the stem even in mature mushrooms. Another characteristic that sets it apart is its extra dark cap.

The trans envy mushroom spore was created by an independent mushroom vendor by the name Sports Lab. They’re the only ones who sell it. In terms of appearance, it mildly resembles a Tranksei mushroom.

You can identify a trans envy mushroom by its slender yellowish stem and average-sized cap. It’s not a very potent variety but is known for providing users with breathtaking visuals during their trip.

The world of psychedelics is vast but where they take you to is a whole other universe. Tripping used to be a hippies-only recreational activity, but with more research and knowledge available on the subject today, ordinary people are partaking too.

Psilocybin is known to be a meditative drug that can offer people freedom from their inner demons, certain thought patterns, and ego. Penis envy mushrooms are especially notorious — they open your minds for good, creating room for more knowledge. 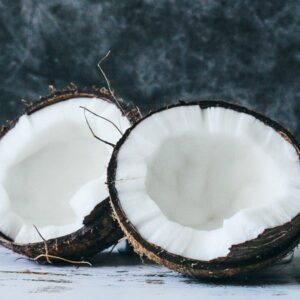 Is Coconut a Nut or a Fruit? 9 Things You Didn’t Know

Food & Drinks June 28, 2022
For the average person, some plants are difficult to classify. One of such plants is a coconut. It is hard to tell: Is Coconut a… 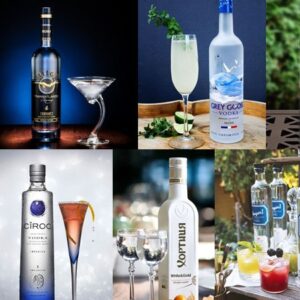 10 Best Vodka Brands In the World

Food & Drinks June 22, 2022
When it comes to cocktail-making, few liquors are as popular and versatile as vodka. In fact, it is one of the top-selling spirits in the… 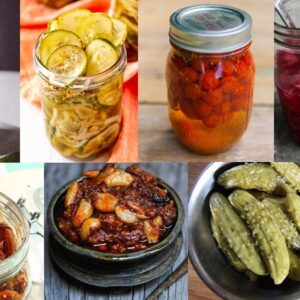 12 Types of Pickles: Mouthwatering Ones You Should Try

Food & Drinks June 22, 2022
Did you know Julius Caesar believed that pickled cucumbers would make his soldiers tougher and more energetic? Pickles were even part of Cleopatra’s beauty regimen!… 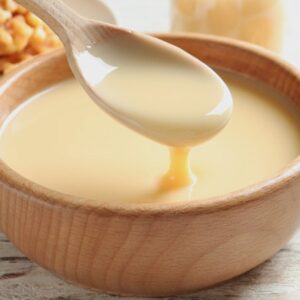 Food & Drinks June 21, 2022
Sweet condensed milk adds a layer of gooey sweet goodness to desserts and a variety of baked dishes. You can also use it to add… 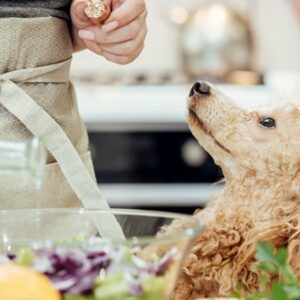 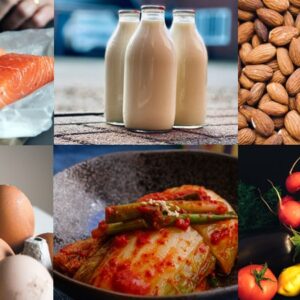 Food & Drinks June 17, 2022
If life has been getting you down and you cannot find happiness in your surroundings — it’s time to eat your way to joy. This…