Right off the bat, I have to say, I LOVE dark humor, because like a dead baby, it never gets old. Due to my (morbid) fascination with inappropriately dark jokes, I started binge-watching a ton of different stand-up shows, including Anthony Jeselnik’s. Needless to say, I was so fascinated by this guy, that I just had to put together a list of all the best Anthony Jeselnik quotes.

The comedian, writer, and producer from Pittsburgh wrote for a lot of different shows, including Late Night with Jimmy Fallon. His true claim to fame was when he started doing roasts on Comedy Central and performed in a bunch of different ones. Since then, he’s really grown, honed his craft, and given us these brilliant quotes.

24 Anthony Jeselnik Quotes That Are Borderline Offensive, But Downright Funny

1. “People say that it’s easy to make fun of retarded people, but it’s not. You really have to explain it to them.”

2. “Yesterday, I accidentally hit a little kid with my car. It wasn’t serious — nobody saw me.”

3. “Donald (Trump), I’m not sure if you’re even aware of this, but the only difference between you and Michael Douglas, from the movie Wall Street, is that no one’s going to be sad when you get cancer.”

4. “I know her in the biblical sense. And when I say that, I mean I don’t believe a word she says.”

6. “I once went on a date with a girl where we went hiking. She gets bitten by a snake in-between her toes, and I had to suck out the poison… So she’s dead.”

7. “I’ve spent the past two years looking for my ex-girlfriend’s killer… But no one will do it.”

8. “You’ll get my assault weapon when you pry it out of my curious six-year-old’s cold, dead hands.”

9. “My sister just had a baby, a little newborn. The kid is adorable, so cute. She wouldn’t let me hold him; she refuses. She says, ‘No way, Anthony, I’m afraid you’re gonna drop him.’ I’m 32 years old. Like I’m some kind of idiot. Like I don’t have a million other ways to hurt that baby.”

10. “I’ve got a long history of suicide in my family. The good news is that it skips a generation, so, if I’m lucky, my kids will kill themselves.”

Priceless Anthony Jeselnik Quotes About Life, Family, and Religion to Help You See That You Don’t Have It That Bad

11. “My mom, for most of her life, was a Holocaust denier. And it was terrible for the entire family to have to deal with until, finally, a couple of years ago, we had an intervention. And we had a rabbi come into the home, had him walk her through the history of the Jewish people, and then he made her watch ‘Schindler’s List.’ And after that, my mom did a complete 180. Now she can’t believe it only happened once.”

13. “I’m not a religious person; I would call myself an atheist. I don’t have a good story behind it, I’m just reasonable.”

14. “My girlfriend has the greatest story as to why she isn’t religious anymore. When she was a kid, like twelve years old, her parents nailed a 25-pound crucifix to the wall right above her bed. About two weeks later, in the middle of the night, the crucifix falls off the wall, and leaves a two-inch gash in the back of her dad’s head.”

15. “My girlfriend is upset about her new haircut. I don’t understand why she’s crying. I’m the one who has to get a new girlfriend.”

16. “Whenever I meet a pretty girl, the first thing I look for is intelligence; because if she doesn’t have that, then she’s mine.”

17. “My great grandmother threw herself in front of a bus. The police tried to say that she committed suicide, but the family knew she was just trying to stop civil rights.”

18. “I’m not just offensive, I’m very smart about the way that I do it, and that takes a lot of time. People say that young comics shouldn’t be trying these things. That’s ridiculous. You should try everything and see what sticks.”

21. “I’m not the voice of reason; I’m more the guy using these offensive topics as fodder to raise tension in a joke.”

22. “The world is full of horrible things that will eventually get you and everything you care about. Laughter is a universal way to lift your head up and say: ‘Not today, you bastards.’”

23. “Dark humor appealed to me because it was a bigger laugh than you could get with anything else. Seeing people laugh at something inappropriate with their whole bodies, a guttural, visceral laugh beyond a mere ‘hah.’”

24. “I’m a realist all the way. I’m too cynical to be an optimist. But I’ve lived too much of a charmed life so far to ever be a pessimist.”

Honestly, these Anthony Jeselnik quotes are just the tip of the hilariously offensive iceberg. To get a real sense of who he is, what he does, and how he does it, I wholeheartedly recommend watching his specials. They are unapologetically funny, extremely insightful, and will always leave you wanting more.

Also, and it goes without saying, but if you get a chance to watch him live, you should absolutely go for it. Trust me, you won’t be disappointed. 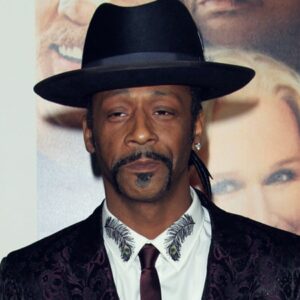 Quotes October 12, 2022
Katt Williams is one of the most prolific stand-up comedians to ever hit the stage. He’s had so much success in his professional life, and… 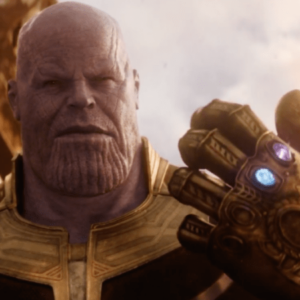 Thanos Quotes: Some Of The Greatest Dialogues from the MCU

Quotes June 16, 2022
Thanos is arguably Marvel’s most powerful character or antagonist to make it from the comics to the screen in the third installment of the Avengers.…